Princess Bumbleberry is Longslice Brewery’s newest beer! Available on draught and in the retail shop at The Aviary or online at the E-shop!

Princess Bumbleberry— The daughter of the Blueberian King and the Duchess of Brambley, she sits as successor to the Great Berrylandian Empire. Sworn protector of the realm, she's a master of 'Mixed-Berry Martial Arts'.

Brewed in her honour and made with a blend of raspberries, blueberries and chokeberries; this beer is tart, jammy, sour, and very tasty. 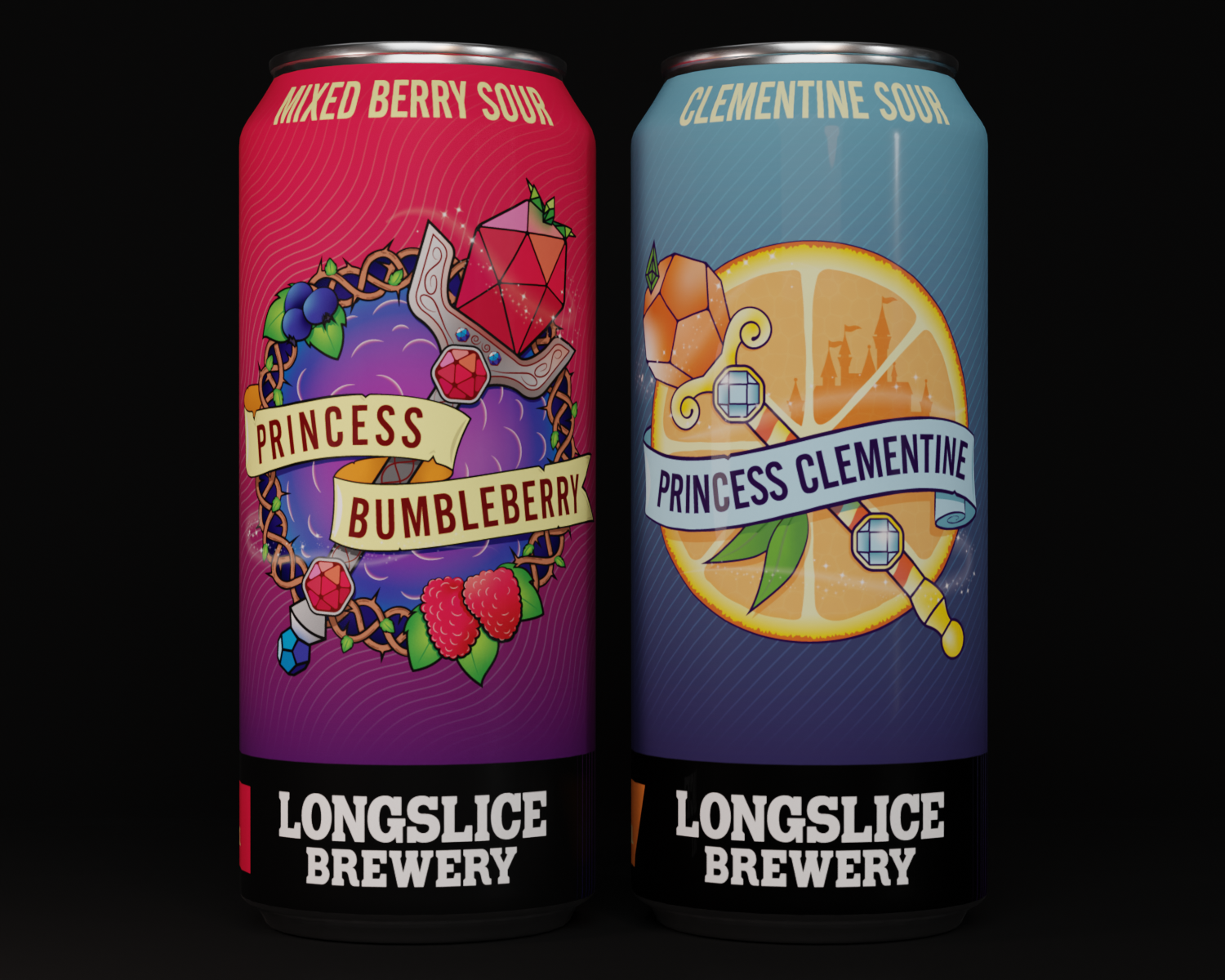 In November of 2020, the Crown Jewels of Citromania were sent on exhibit to Longslice Brewery; a diplomatic gesture from the Kingdom of Citromania in an effort to strenghten ties to the people of Toronto. A master burgler, a Cerealandian with the alias "Barley-Quinn", caught word of the royal display. She planned a heist to steal the crown jewels, the sweet juicy clementine oranges... The perfect citrus fruit.

Knowing that the crown jewels would be at their most vulnerable while on display at Longslice Brewery, Citronella (heir to the citrus thrown, third lady to the house of Clementine) decided to fly to Toronto and guard the precious clementines herself. Had she waited any longer, there may have been no more Crown Jewels to speak of. Barley-Quinn was well under her way in her plans to burgle the tiny oranges. After an epic stuggle between Citronella and Barley-Quinn, the crown Jewels were accidentally flung into Longslice Brewery's brew-house. There they mixed with barley (imported from the Cerealandian Republic) and transformed into an amazing, refreshing beer— sour and effervescent, with notes of mimosas and fresh squeezed OJ.  The result was a great beer loved by the Cerealandians, Citromanians, and Longslice community alike.

We launched Princess Clementine Sour as a limited release but you loved it so much that we decided to brew it all year round. Will it be the same for Princess Bumbleberry? You tell us!

Princess Bumbleberry is a limited release, so make sure to get it sooner than later!
Come to The Aviary to try it on draught or get some fresh cans from the fridge to enjoy at home!
Can't come to The Aviary? No worries we offer free next-day deliveries in Toronto to all 'M' postal codes, five days a week, Monday through Friday! (minimum order $20)
Beer is heavy! Why carry it from the store? Let us bring it right to you!

Or find us on Canthesis for deliveries outside of the GTA!

Find us on social media for our latest news and hilarious videos.